Sony camera alpha series are not … you know…. cheap. They cost some, so that you need an extra treatment to protect this asset, but not an extraordinary doing. You only need to buy an extra gear: a separated battery charger. If you read this article, please buy one NOW.

Well, my experience will convince you more.

I have a mirrorless Sony Alpha 7 camera that i bought on 2015. On last project at November 2017, i had a bad day. My camera didn’t recognize my usb (multi port) charger and the battery couldn’t be charged. I presumed it was the charger, but then i tried many charger with usb port, but still, nothing happen. It ruined my day.

After couple days, i took my camera to an authorized Sony service center. It was needed a week to examine the malfunction. Then, the day was coming, i was called and informed: they had to replace the motherboard, and would be cost Rp. 3, 2 million!

I was given the option, to process the replacement, or cancel the service order. Yeah, you know what happened, i canceled it. For the cancelation, they charged it Rp. 100.000. 😦

I searched another possible third party camera service place candidates. I tried to reach them, but they acknowledged that they were incapable to handle my camera. I gave up. I decided to buy a separated adapter battery charger, not an original Sony’s brand, but well enough. The brand is King Ma, and the gear can charge two batteries at the same time. It costed only Rp. 90.000s (some other online stores put lower price). 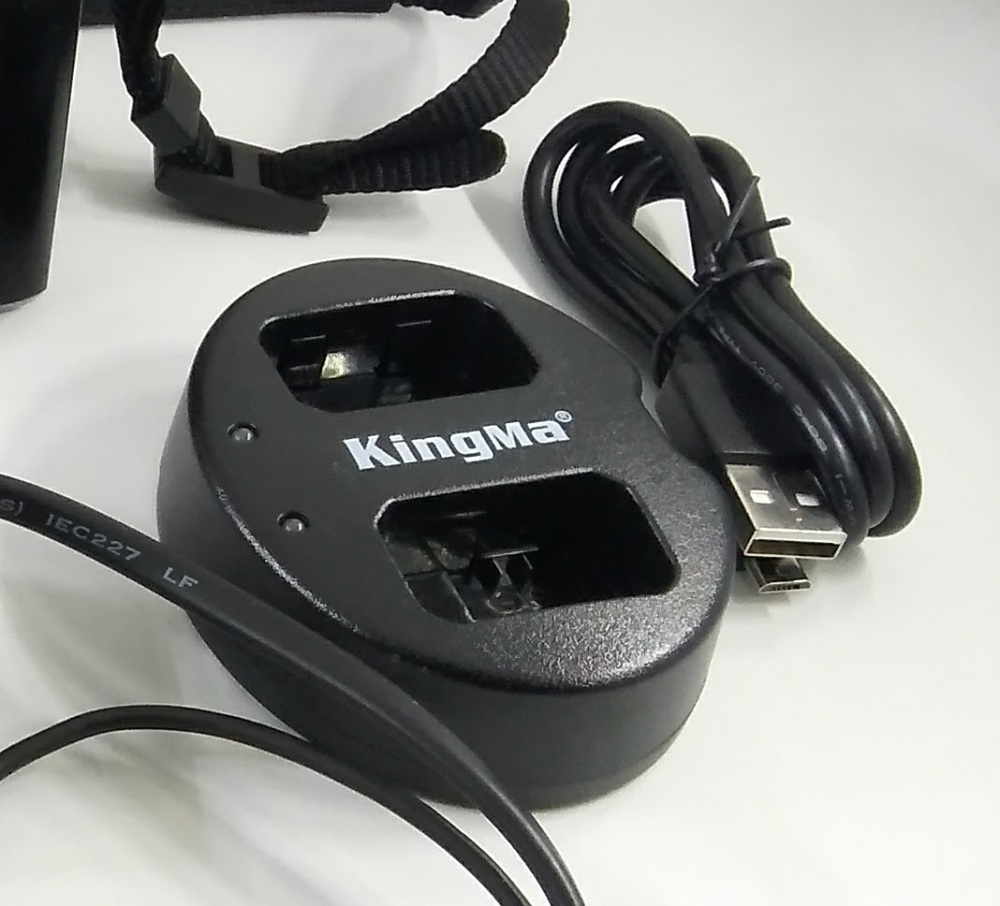 That charger worked as it should be. Fool me. I have should bought it and not risking my camera since the very first time I had my camera. You (sony owner) must own it too NOW. And if you haven’t convinced yet, read more.

Everything went fine but I found it wasn’t comfy to work with ‘broken’ camera. I decided to sell mine to purchase a brand new. I put an advertisment on OLX (a used-things marketplace). And boom! Many responses! Many potential buyers! Regarding this reality, it turned me aware that I might become an ungrateful man. Maybe it just needed a little fix. I recalled my advertisement and decided to take another leap, seeking a good camera service station.

Couple hours searching, I read a promising camera service website at my town, Surabaya. It stated that they able to finish multi brand camera and giving guarantee. Sounds promising. I called them via phone and explained my case, they wanted to see my camera first, and hey…, they offer free examine charge if they couldn’t fix it! No more worry to think, I grabbed my camera and took it there.

As on phone conversation, they said they would examine and fixed it if they were able to do it. I left my camera with hopes, and three days after, I got a message: they fix it! The cost was way cheaper than Sony’s offer, only Rp.280.000 (as i remember). I was thrilled away!!!

On the next day, I asked my manager permission to be off some hours, and went back to the camera service station as soon as possible. With butterflies on my belly, I took my camera from the shop assistant (the shop owner wasn’t there). Still on the shop, I tried to charge my camera through the multiport usb that had just fixed, and yes, it worked! Then, i was about to try to take a picture or video. I inserted a SD Card, but my camera didn’t recognize it. I ejected and i re-inserted it, again and again, but it just couldn’t recognized sd card, even when i replaced it with another sd cards. Okey, that was not good, and turned my mood away. I returned my camera to have a recheck and refix. I claimed that it should be able to read sd card (like hey, c’mooon, it’s the main fuction of camera, recorded pictures and videos on sd card!!!). They retook my camera to have another check. I demanded no extra charge for sd card reader thing since it worked well before, and they admitted it.

Time after time, I hadn’t received any good news. Everytime i asked the progress, they always said this and that. They said it might be because of this, so that they needed to replace that, and then they said it hadn’t be worked, and presumed it might because this, so that they need to change that component, and so on…and so on… On last conclusion, they said that the broken part was the main motherboard. What the….

I put my camera on December, 1st 2017. 3 months later, i only got same response with another hope. Until, both of us are in the circle of the same frustration: ‘they offered compensation’!

Instead of trying another trying, they offered me the compensation for my broken camera. It’s disappointing, but i thought it’s for the common good. I offered them the same price as i offered on internet (once i tried to sell it on OLX), but they took it -according to their opinion- very expensive. I said: I JUST WANT MY OLD CAMERA BACK. Go a head, break the usb multiport again, but i want my camera to be able to read sd card. Buy by my numbers or fix it, SOON!

As my prediction, they asked for more time to fix my camera. That time, they said that they had already order motherboard from China, but they were not sure about the shipping date. So? It’s like i have another option….?

I let them did their utmost. I was being sooo patient. But my patient was started to be paid. Two weeks after the shocking deal, I got a quite good news, the motherboard was already landed Jakarta, but had not been sent to Surabaya. They needed more time. All right.

Finally, the day was coming, on March 21st 2018, they said the new motherboard had already placed on my camera and could be taken away. I was about to dance until they interupted it by ‘negotiating’ the cost fee. They stated that motherboard itself cost Rp. 2.75 millions, and for all the try and unsuccessfull parts they used it could cost more than Rp.3 millions. I just wished i could turn back the time and have official Sony station repaired my camera. Same cost. But wait, they added this sentence: please pay the bill as you wish.

I wasn’t sure whether i had to be cheer up or not. I urged my self for paying only the cost i was responsible with, but my consciense whispering something else. I reached my wife and some friends for their opinion. Then, I decided to pay them Rp. 1 millions, couldn’t be more, and they agreed.

Three days after, I went to the shop and took my camera home. Finally…

So, pals, if you don’t want to waste your time 5 months for nothing, then buy an extra separated battery charger, RIGHT NOW. My experience could be happened to any Sony camera owner. And if you own it, you could experience it too.